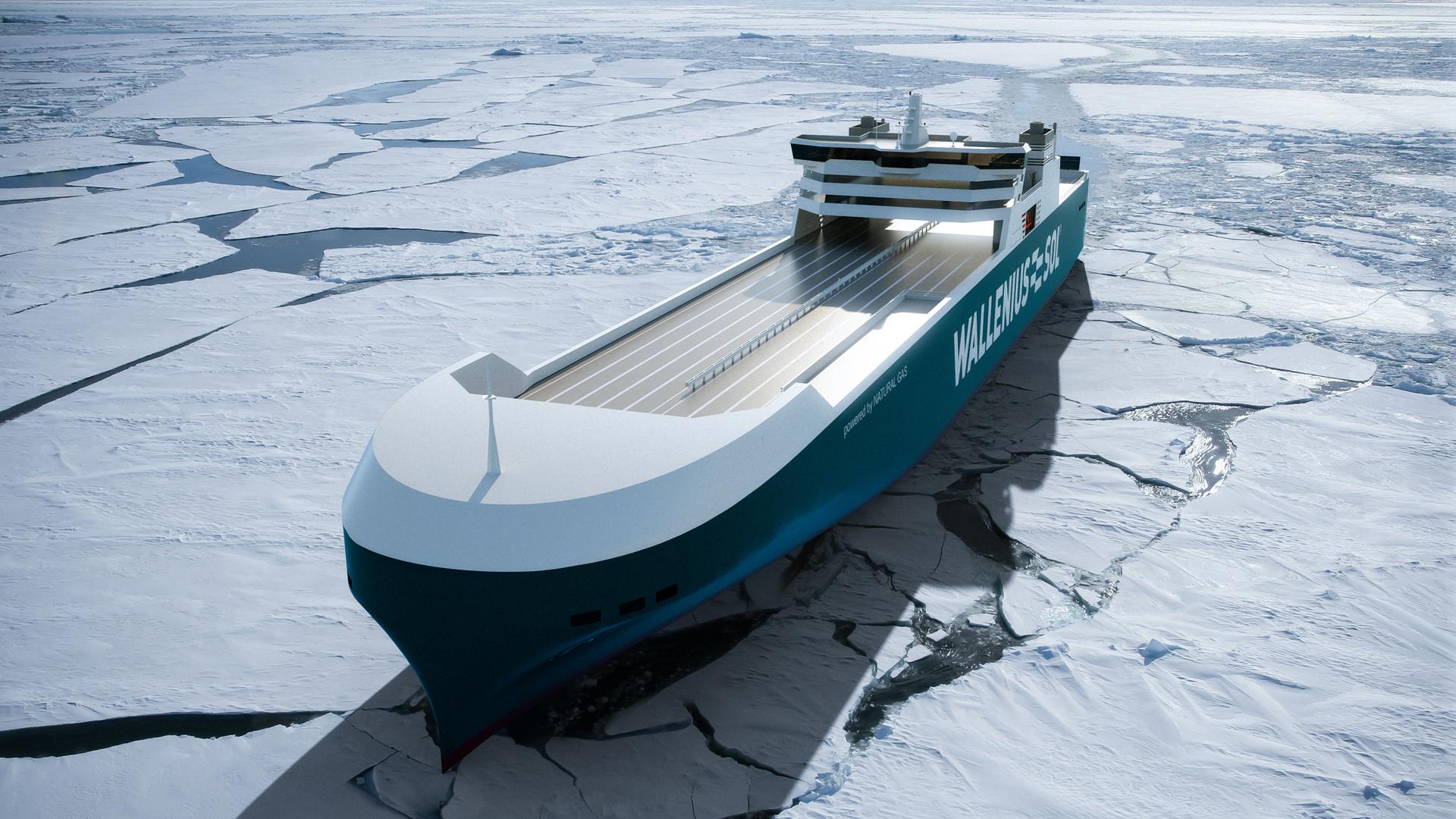 Wallenius Marine are planning for a unique kind of green RoRo ships. When the ships are launched in 2021, they will be the world’s first mega RoRo with ice class 1A Super and eco-smart LNG. The engines, which basically eliminate particle emissions, also considerably reduce emissions of greenhouse gases.

THE STARTING POINT was a brainstorming session to discuss size, machinery and ramp systems.

“We drafted up different concepts in CAD at an early stage. But we also used simpler methods. We built a model of the ships’ loading ramps with pieces from a shoebox,” says Carl-Johan Söder, Naval Architect at Wallenius Marine.

WALLENIUS SOL’s operative team, led by Jonas Wåhlin and Martin Carlweitz, listed the prerequisites. How much should the ships be able to carry? What would the weather conditions be on route? It turned out that everything about the new ships — which would transport standard paper cassettes, containers and the extra-large containers of the pulp industry— was unique.

In the winter the temperature in the Gulf of Bothnia can drop to minus 35 degrees Celsius and produce troublesome ice banks.

“The cold and the ice put extreme demands on the hull, propellers and indoor climate, which have to work in the, at times, arctic climate,” says Carl-Johan Söder.

The job of preparing the initial design to ensure the optimum performance of the ship, and in particular the fuel consumption, took about six months.

As the concept matured the ship designers at Knud E. Hansen got involved and contributed with specifications for the shipbuilding tenders.

After visiting several shipyards all over the world the choice finally fell on CIMC Raffles, which is one of the highest ranked shipyards in China.

“It will take them two and a half years to build the ships. We will take part in the entire process and follow up the building with ten persons stationed in China,” says Carl-Johan Söder, who is eagerly waiting for the final result.

“I just want to fast-forward to the autumn of 2021 when the ships will be ready.”

The new ships in detail 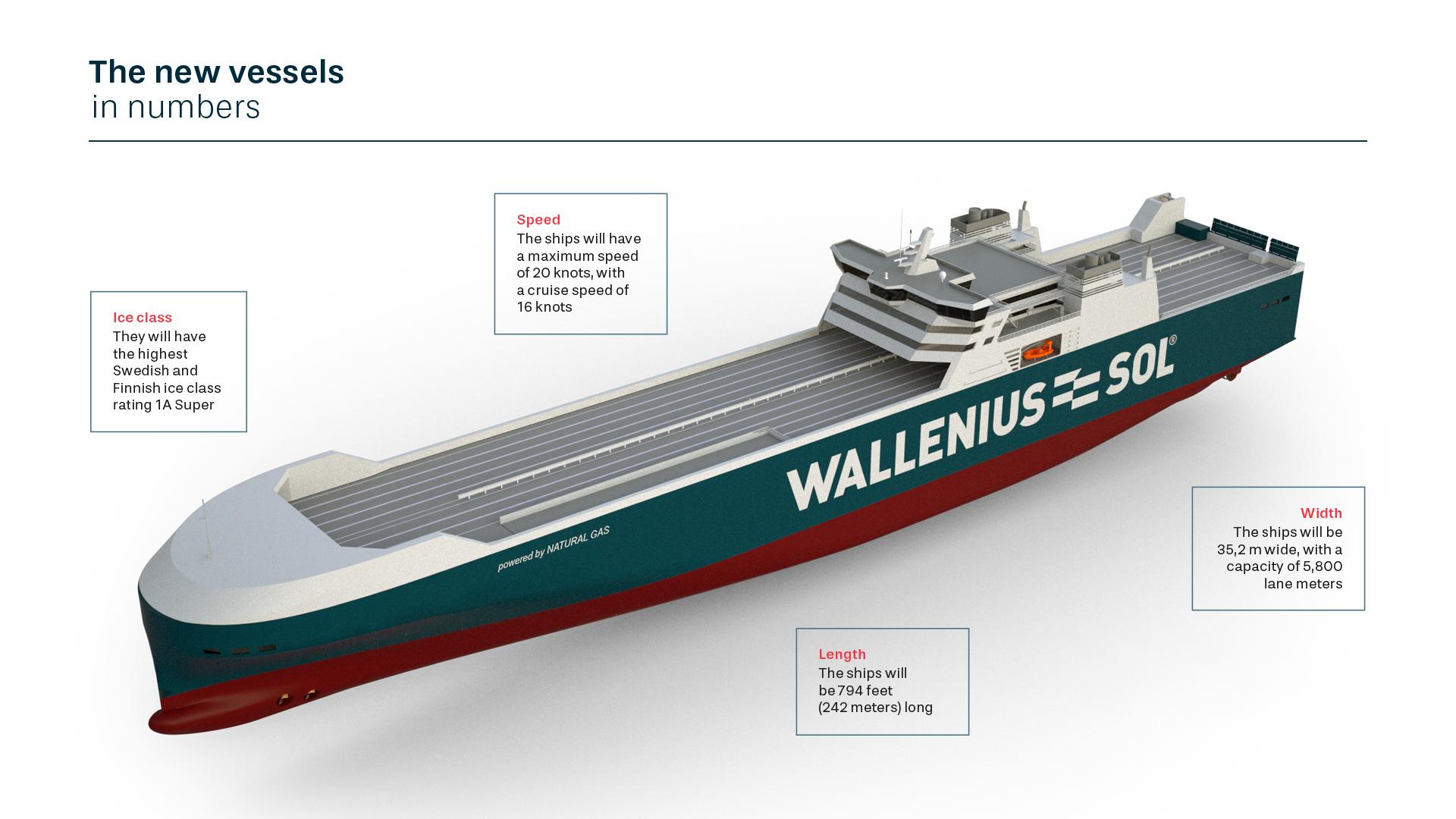 Up to four new ships will be built in China. They are designed to transport forest products, but can also be used for other loads. They will be built for the highest possible environmental performance and will run on LNG, though powered by cable-fed electricity when in port.

To minimise the risks of disturbance to traffic in the severe ice conditions in the Gulf of Bothnia they will have the highest Swedish and Finnish ice class rating 1A Super. They will in fact be the highest ice classified RoRo ships in the world, with a dead weight of 27,000 tonnes each.

Environmental advantages of the new ships