The new vessels, Botnia Enabler and Baltic Enabler, are important steps on the road to WALLENIUS SOL becoming fossil free. The multi-fuel engines are key players.

Botnia Enabler and her sister ship are both equipped with multi-fuel engines capable of running on either diesel oil or gas.
“To us, sustainable shipping means having no negative effects on the environment. The aim for the company is to be fossil free by 2035,” says Ragnar Johansson, Managing Director, WALLENIUS SOL.
The engines burn fuel more efficiently in comparison to the previous generation. When run on gas they will emit almost no NOx, SOx or particles. The CO2 emissions from gas are 20 percent lower than from traditional diesel fuels.
“These vessels are 57 percent more energy efficient than the ships they are replacing which means 63 percent less greenhouse gases, and with the proper fuel can be run completely fossil free. These vessels will help us reach our 2035 target,” says Ragnar Johansson. 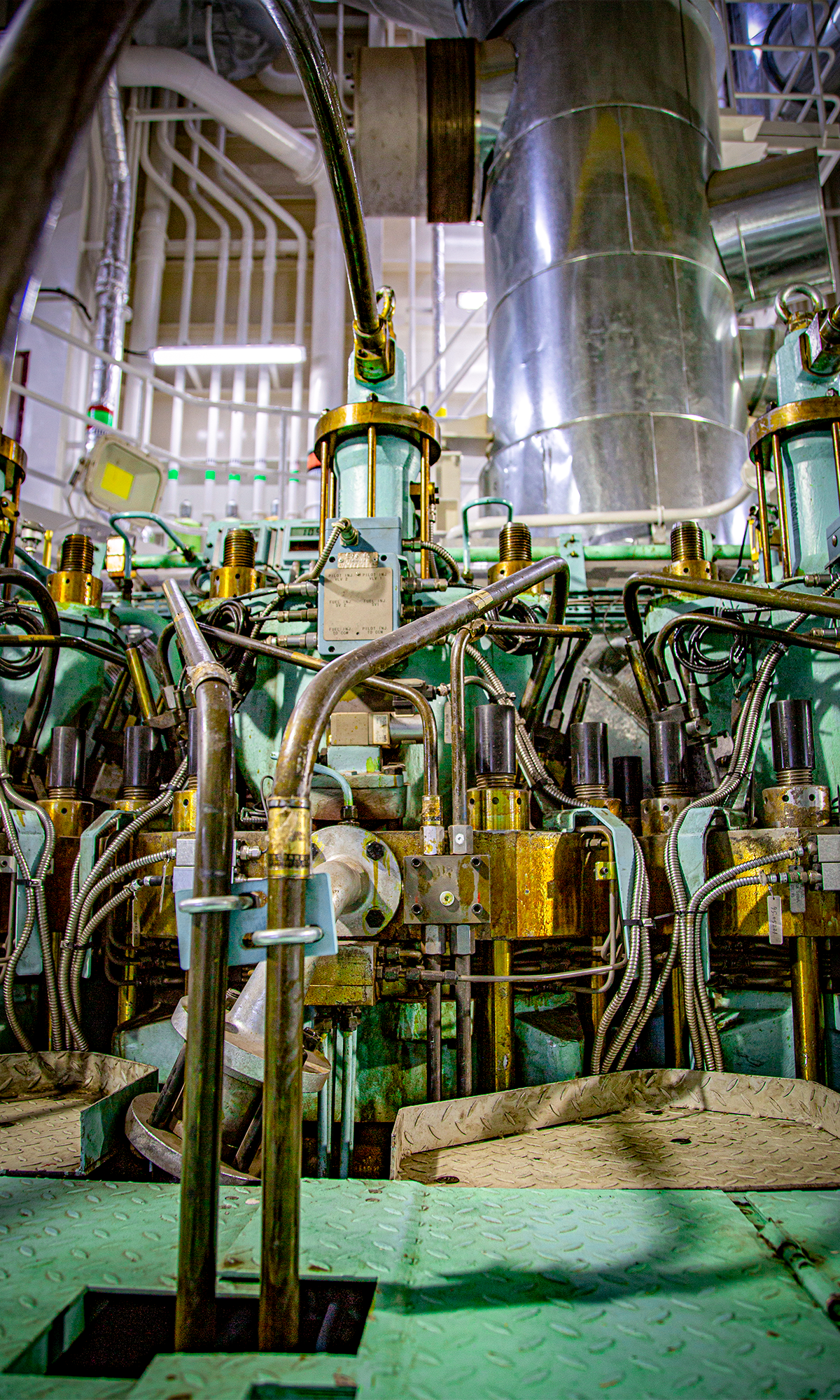 The Enablers is propelled by two Wärtsilä multi-fuel seven-cylinder, two-stroke engines, one for each propeller.
”The output is 20 MW in total, and this enables us to do around 19 knots in good conditions,” says Hans Nilsson, Chief Engineer, Botnia Enabler.
When on route, he leads a team of people, including a second and a third engineer, two motor men, a fitter and an electrician.
“The reason we’ve gone with two-stroke engines is that they’re more fuel efficient than four-stroke engines of comparable size. They have better combustion, leading to lower emissions. Also, they have a better power-to-weight ratio,” says Hans Nilsson.

The engines can switch from diesel to gas or back in an instant, providing fuel flexibility. There are two vacuum insulated gas tanks on board, with a capacity of 685 cubic metres each.
“We hope to be able to run on mainly gas. In all, we can carry around 500 tons of LNG or LBG. The main engines, auxiliary engines and boilers can all run on gas,” says Hans Nilsson.

There are numerous sensors installed in the engines and all over the ship. Data is continuously collected for a number of performance factors, like fuel efficiency and engine performance. The data is analyzed at the performance monitoring center in Stockholm and provides decision support for the running and the maintenance of the vessels.

“For example, it will inform us when we need to clean the keel or the propellers, to maintain optimal efficiency,” says Ragnar Johansson.

The vessels are prepared to be connected by cable to shore power, eliminating the need to run generators for electricity while shore bound. This reduces the emissions to zero, while also providing a quieter onboard working environment.
Moreover, the vessels have been prepared for running on battery power. The battery rooms are in place, but are waiting to be filled – the rapid progress in battery technology has made more modern batteries available than when the vessels were commissioned.
“This will give us opportunities for peak shaving in the open seas, and the vessels will also be able to run on battery power when entering ports. It’s fantastic what you can do with new technology and the will to change,” says Ragnar Johansson. 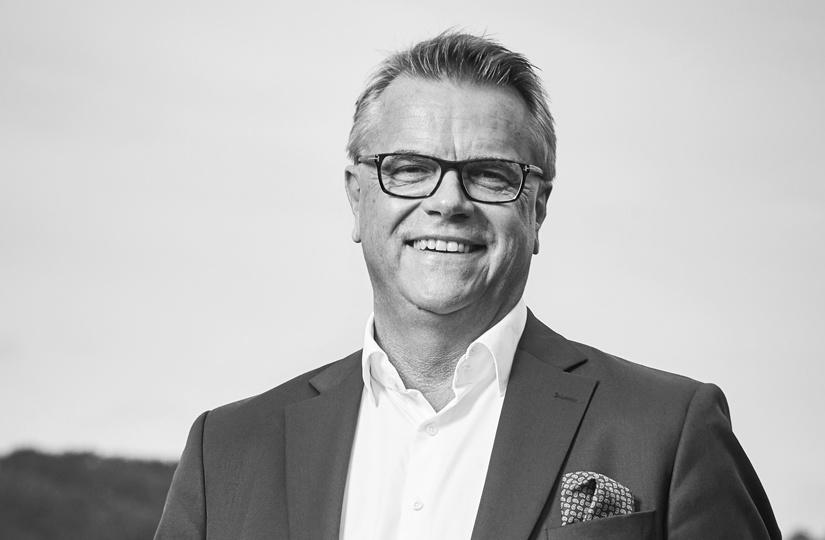 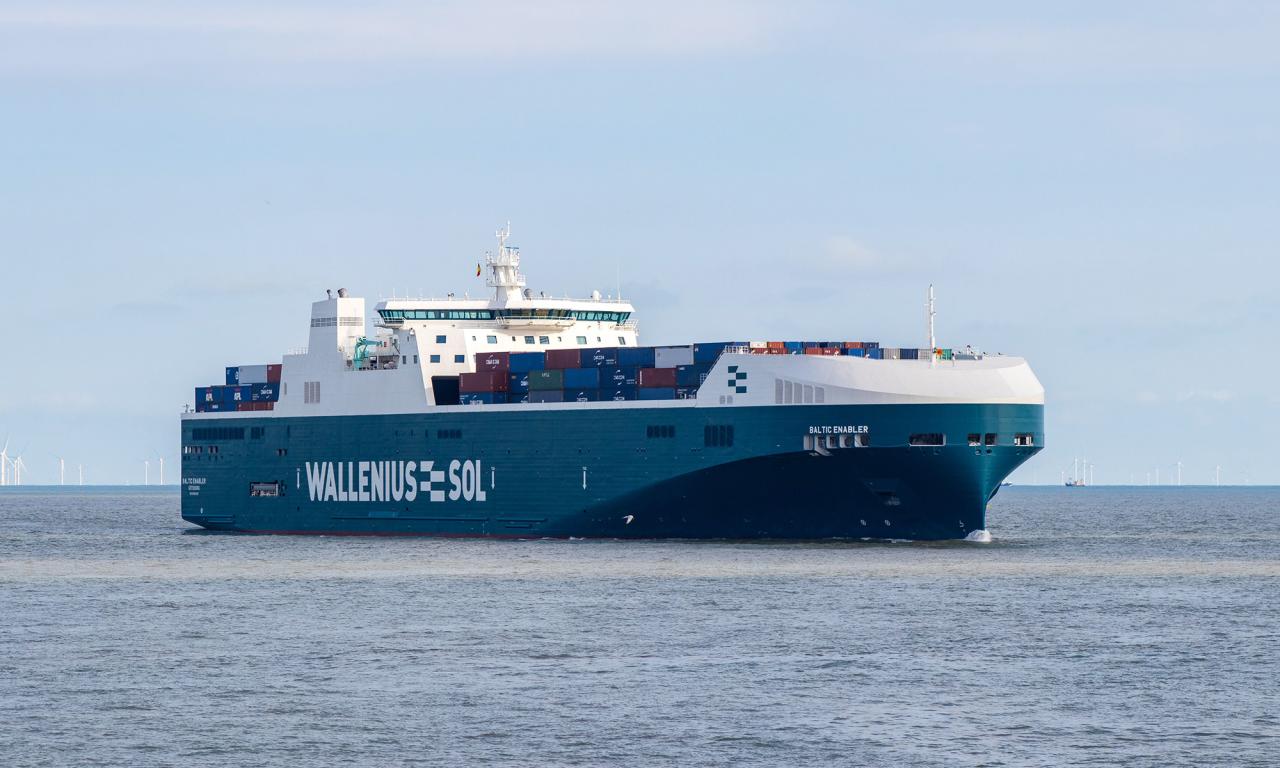 News
Both Enabler vessels in service
Baltic Enabler has arrived in Europe, and with her more RoRo and container capacity than ever on the Zeebrugge-Antwerp...
Bild 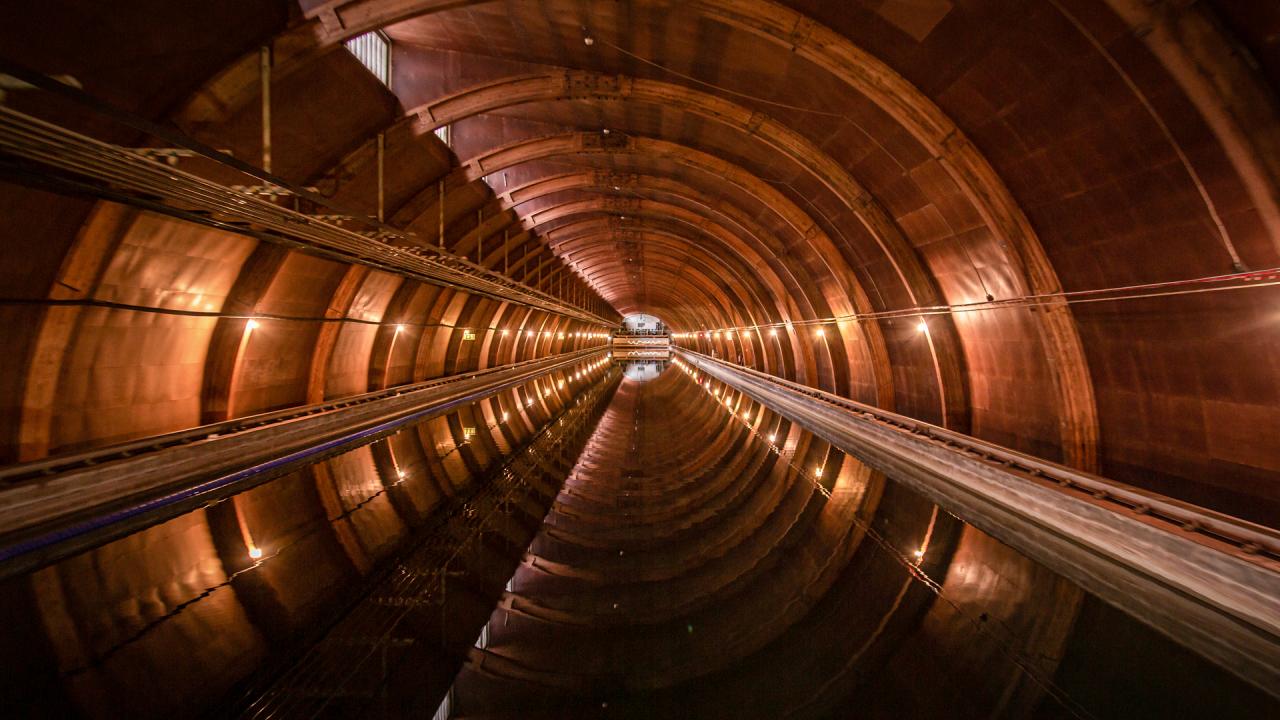 Innovation & Sustainability
How to reduce roll – deep, short bilge keels
Innovative ideas need to hold up in reality. The improved bilge keels on our new vessels have withstood rigorous testing...